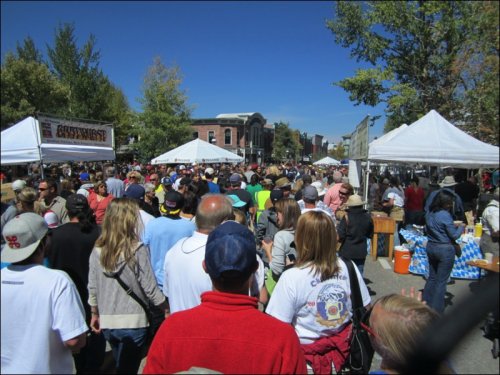 We did it again ... our annual Friends of Jamin Reunion at Oktoberfest in Breckenridge! As usual, the autumn colors were beautiful, the beer and brats were tasty, the entertainment was great, and the crowd was fun to watch. On top of that, the weather was terrific. Although our group was smaller than hoped for, we had a fantastic time, and everyone is hoping to return next year.

We're already starting to plan for this coming year's event in 2013. We've heard from Jamin's Air Force Commander (Kevin Bennett) who was stationed with Jamin in Germany that he's making plans to attend our Oktoberfest gathering next year if he can, so we're going to specifically put the word out to everyone who served with Jamin in the Air Force to join us!