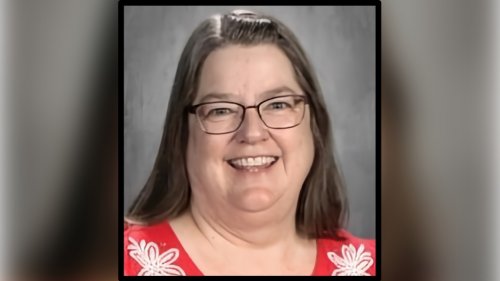 During her 26 years as a math teacher at D'Evelyn, Christine (Kiki) LeBlanc has gone above and beyond expectations in her extraordinary service to students, both in and out of the classroom. Her accomplishments include, of course, her direct interactions with thousands of students over the years but also her selfless work in support of other teachers and staff, not only in the Math Department, but across other disciplines as well. Kiki has made many critical contributions to D'Evelyn over the years that will live on long after her impending retirement, which (sadly) took place at the end of the 2020 school year. Kiki was the first full-time math teacher ever hired by a selection committee at D'Evelyn. From the outset, Kiki provided a critical balance to the Math Department, from assisting with the development of the first math-level placement test to helping establish the original Math Position Statement that, among other things, described criteria to advance to the next level on the math sequence chart.

One of the many things learned from D'Evelyn's first graduating class was that the school's math curriculum could prevent a small percentage of students from meeting the math requirements for a D'Evelyn diploma. In an effort to retain those students, Kiki was instrumental in developing both the content and the student qualifications for what became known, both then and today, as Senior Geometry. She then embarked on the lengthy process to get the course approved. From the first year the course was offered until the present, she has faithfully dedicated endless time and effort to guarantee success for this unique group of students. Her student retention rate far exceeded original expectations, since only one of her 400 geometry students did not earn enough math credits to graduate.

Kiki has proved time and again that she is willing to step forward to serve outside of class to provide leadership and support. A prime example of this characteristic is her willingness to assume responsibility for the annual MATHCOUNTS competition, which has had remarkable success at D'Evelyn as gifted 7th and 8th graders have consistently responded to Kiki's admonition to the be very best you can be! A second, critical example is her work with Texas Instruments' promotions for educators that ultimately resulted in equipping every D'Evelyn mathematics classroom with graphing calculators for student use during instruction. These calculators were new technology when D'Evelyn opened in the fall of 1994. Kiki spent several summers in training so she could help both her students and her colleagues develop the skills needed to enable more students to make sense of mathematics. These TI graphing calculators continue to be a significant part of the math curriculum at D'Evelyn. As demonstrated above, Kiki has made a tremendous impact in the lives of untold numbers of current and former D'Evelyn students.

Congratulations to Kiki for being selected as the 24th recipient of the Jamin B. Wilson Excellence in Education Award! JB was a perfectionist who respected those who went beyond what was required, day in and day out, and demanded the same from himself. The equivalent can be said about Kiki throughout her 26 years of service to the D'Evelyn community!