What Jamin Meant to Those who Knew Him

"He was, and is, an inspiration to his friends to live fully and make brighter the lives of people we encounter."

"...he stepped in the door full of ideas and enthusiasm--willing to lead and eager to learn from other people's experiences. Ever an optimist--he wore that infectious smile as if it were part of his uniform".

"I remember J.B. as one of the most truly sincere, congenial and caring people I have known."

"His professionalism and incredible drive to do what needed to be done for the rest of us is still inspiring me...everything he touched was improved and taken to new levels."

"We think about him sitting in the Adams House dining hall, surrounded by friends, regaling us with stories. We remember his pride in becoming an officer in the military and his dedication to the nation."

"I know that J.B. lived with passion, and would have no regrets."

"...it is very hard to lose him when in fact, the world needs so many more like him".

"I know you will hear from all of his friends over and over again that he made a huge difference in our lives, and it couldn't be more sincere."

"Through it all, his starting point was integrity and sincerity, and it impacted all of our lives. He was a model of consistency and compassion."

"Not that it surprises you, but he was one my favorite people in high school."

"The one thing that most impressed me with your son was that he always drove me to be a better person. There was goodness about J.B. that contagiously emanated from him."

"Jamin came across as confident, but without arrogance...he was so friendly and nice, so open and funny..."

"He is not the first colleague I've had to say a final good-bye to, but he was undoubtedly the best.

"...I remember thinking that this is a good one; here's an officer who can go places. I don't say this lightly--I've been in the Air Force for 23 years--but he had the most potential of any Lt. I've ever known."

"take some comfort in knowing how much we value the positive impact his life had upon ours."

"I had no doubt that he had the makings of a great leader. He had a way of influencing the people around him to be better than they ever imagined they could be."

"...every once in a while, throughout the course of my life, I have met someone who I thought of as 'almost perfect'. When I meet someone like that, I can't help but feel that they are almost too good for this world. Your son was definitely one of those people."

"Jamin was the consummate optimist, able to find silver linings in the profound and the ordinary."

"It was always a joy to see him. I never saw him without a smile on his face. You could tell he enjoyed life, and encouraged others to do the same."

"I knew your son as an exceptional leader. He possessed more potential than any communications officer I've met...and I have met hundreds..."

"Lt. Wilson stood out in my mind for two reasons: his indomitable spirit, and his sense of humor... when he laughed, you wanted to laugh with him."

"He was an exceptional person in a culture full of them...scholar, athlete, linguist, technician, winner, patriot, an upstanding forward-thinking individual. Please always be proud of him. I assure you that we are."

"He was a great person, with not a mean bone in his body...there was something about him. You could not speak to him without smiling."

"The way Jamin lived his life is the way life should be lived. He made the most of every moment he had, and brought others along for the ride."

"I want you to know that the respect that Jamin received was based on the kind of person he was, not solely on the fact that he was an exceptional young officer."

"He cannot and will not ever be replaced... He will be deeply missed, but never forgotten."

"At several meetings, when most leaders would start yelling, Lt. Wilson would close his eyes, take a deep breath and then say the most gifted well-thought of statement that would be the most profitable for the situation. We would joke about him going to his 'happy place' before he would say what he really wanted to say, but what we really felt was 'blown away' by his ability to bring peace."

"Whenever he asked me how I was doing, I knew it wasn't 'just a question'. He really wanted to know. I can only hope that my leadership abilities will grow from what I have learned from Lt. Wilson, and that maybe someday my actions will make such an impact on others..."

"He had an energy and enthusiasm that was contagious and radiant. He was brilliant and insightful".

"He always did the right thing, no matter what the crowd was doing. His morals never wavered. Jamin could always be relied upon to be the voice of reason amongst our friends. I have met very few people in my life who I've wanted to emulate more."

"Jamin embodied everything good about the Air Force, and made us remember why it is that we serve our country..."

"He really did live every day as though it might be his last."

"I think it was very fitting that his last official act on duty was doing volunteer work. That so perfectly captures everything he was...Every one of us finds ourselves striving to be more like him, to live up to his example. Jamin was destined for truly great things. Hopefully through his friends and peers, he will accomplish that lofty aspiration."

"Lt. Wilson did not just follow the core values of the Air Force. He embodied them. 'Integrity first, Service before self, and Excellence in all we do'".

"Since working with the Lt., when faced with a choice, I ask myself what he would have done."

"He was able to motivate us to complete a task while understanding human and technological limitations, a priceless trait in a communications officer.

"When I needed his help he was there. I feel the Air Force lost a member that really made a difference."

"I will forever remember his smile, and strive to remember that we are here for a short while. Live life and do what you can to improve the lives of those around you."

To Learn more about Jamin Wilson

Visit his blog site at: jaminwilson.blogspot.com

Check out Jamin's dedication to his favorite color at: chartreuse.net 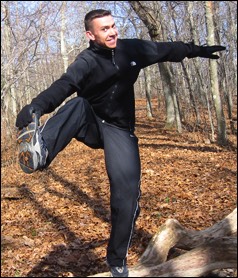 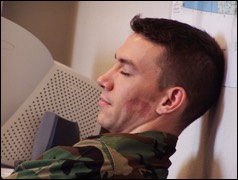 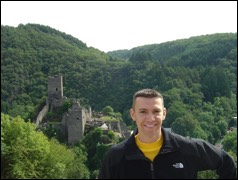 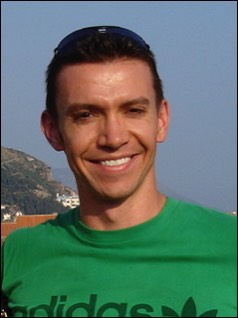 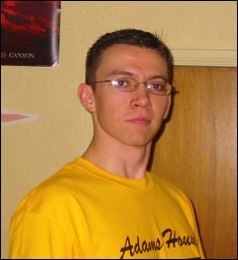 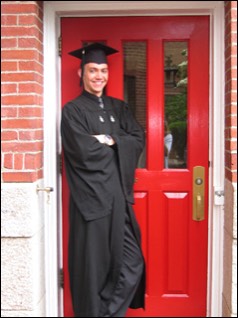 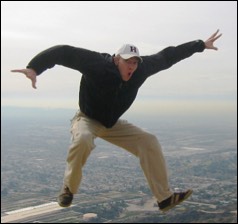 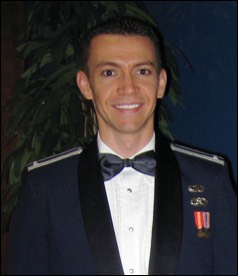 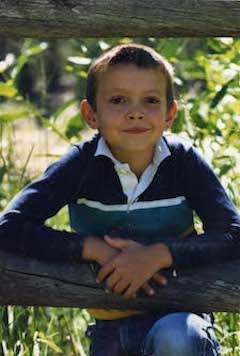 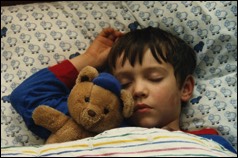